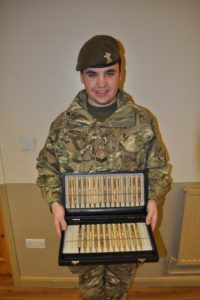 1st July 2016 is the anniversary of the start of the Battle of the Somme and there will be ceremonies at various memorials including Lochnagar Crater. These ceremonies will be attended by many dignitaries and Senior members of the Royal family however will attend the memorial at the Crater. 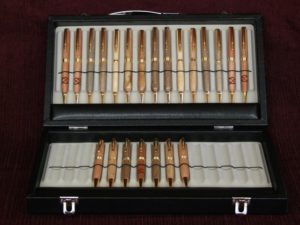 All other pens created for the competition will be given to other VIPs attending the ceremonies.

In addition to the above a further competition will be held for member to create any object from the Somme wood provided by the Cadets. These objects will be exhibited at future demonstrations at local events and will be sold to help raise fund for our club.

The club would like to thank Axminster Tooling for subsidising the cost of the pen kits and their support in this project.