Demo by Robert Till 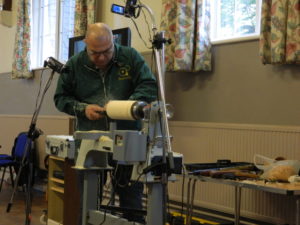 Robert was eager to start, having had to wait for the hall to be opened up. After brief introductions he explained that he was going to turn a bird box. Handouts were given showing a sectional diagram and measurements. It was quite big – 12″ high by 5″ diameter. This was made from green sycamore.

After the initial rounding off he started to hollow out the body. As this would take a long time and was not very interesting to watch, Robert had one ready prepared. The outside was then completed and removed from the lathe. The drain hole and holes for the birds and fastening were then drilled.

A brief explanation was given about the RSPB and their website. It is useful for information on the different types of bird you would like to encourage into your garden that will eventually use your turned box . 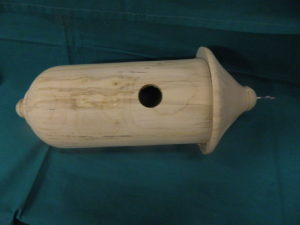 After tea break, the top was made – this could be left in its natural state or a colour of your choice. Robert had chosen a mid to dark green that would look good against its natural surroundings.

As you can see from the picture left,  the top joint has to be a fairly tight fit as it grips the base where the birds nest. All that was now needed was the fixing hook to be attached and the box was complete. For the turners that want to scale the drawing down, an ideal example would be for a Christmas tree decoration.

As Robert had ten minutes left he turned a mushroom out of yew. The top was cut back underneath to give an umbrella shape and a gloss finish applied. A question and answer session concluded the demonstration and  was very much appreciated by the members of the club. Below is a sample of Robert’s work and the demonstration he did. 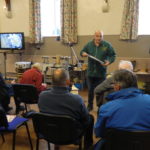 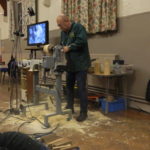 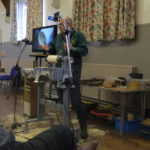 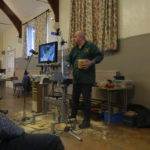 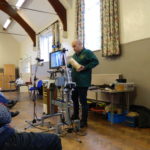 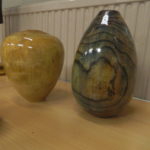 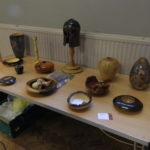