Lochnagar Crater and our Club 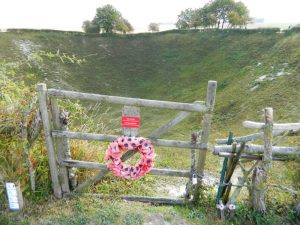 How the club became involved

In March 2014 the club was approached by Jim Stillings on behalf of the Army Cadet Force Platoon based in Rossett, which is between Wrexham and Chester, regarding a project the cadets were involved in at  the Lochnagar Crater on  the WW1 Somme battlefields.

Jim then came to the club and gave an in-depth talk on the work his Cadets are involved in on the Somme battlefields. The Cadets had been travelling to the Somme in France since 2006 and were visiting up to three times a year to continue their work around the Crater.

The Lochnagar Crater is situated near the village of La Boiselle, Northern France. It  is the result of a massive detonation within a tunnel dug beneath German lines designed to create devastation and confusion as the first wave of troops went “over the top” on 1st July 1916. It was named after the trench Lochnagar  allocated to the Black Watch Regiment where the tunnelling started. 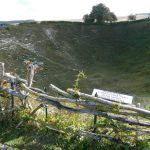 The Platoon worked to control the trees and scrub around the perimeter which is now largely clear. Although there is now funding for the Crater they continue to have a role in keeping the area clear which has benefitted the increased visitor numbers travelling to the site over recent years.

Left and below are more views of the Crater in Sep.2019 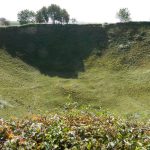 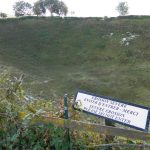 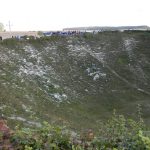 To help with some of the costs incurred with the work Jim asked the club if they would be willing to get involved with the project in some way.  He collected various varieties of wood on his visits and members of the club suggested that turning pens would be an ideal way of utilising the various timbers. It was agreed that the Platoon supply the pen kits and members would volunteer to turn the pens and these would then be sold by the Cadets to help with the fund- raising. This proved very successful and over a hundred pens were turned and sold worldwide.

1st July 2016 was the 100th anniversary of the start of the Battle of the Somme and there were ceremonies at various memorials including Lochnagar Crater.  These ceremonies were attended by members of the Royal family however HM the Queen and Duke of Edinburgh attended the memorial at the Crater. 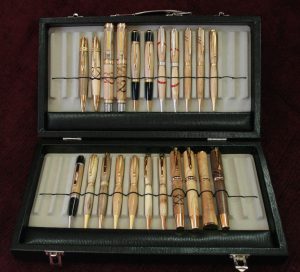 Before this happened the club were asked to run a special competition to create Presentation Pens  that were made from Somme wood. The pen kits were provided by the Cadets.  After the competition these pens were presented to VIPs attending the ceremonies, on behalf of the Cadets and Cheshire and North Wales Woodturners Association.

In addition to the above a further competition was held for members to create any object from the Somme wood provided by the Cadets. These objects were sold to help raise funds for the cadets and our club.

Below are 1st and 2nd then 3rd 4th and 5th competition winners. 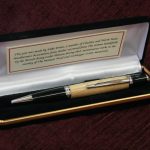 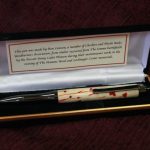 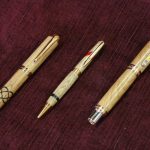 After the 2016 remembrance, I had often wondered what it would be like to see the actual Crater and Battlefields.

In 2018 I made enquiries with Great Train Journeys, who run rail trips to Lille and the Battlefields, only to find them fully booked up. So early this year we were able to get booked on and as Paul Williams had told me he fancied a rail journey I suggested he come along. So with our respective wives we visited Lochnagar Crater at La Boisselle  as part of a tour of the WWI Battlefields of Flanders and the Somme. Whilst at the Crater we placed a small Cross of Remembrance from CNWWA at the memorial. 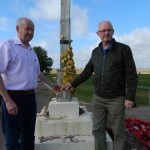 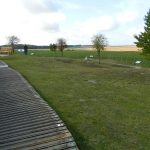 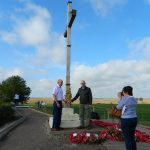 At the Crater our guide asked Paul to give a short  talk to the members of the tour group about our club’s association with the Crater. He spoke about the Cadets and the fund-raising done. Our guide and fellow tour members were all very impressed by the presentation and the maintenance done at the Crater.

As we still have a little of the timber Jim gave us Paul and I will turn and present our tour guide with a couple of pens.  We will also send him photos of the pens that were presented to senior figures at the commemorations. Our tour guide now intends  to include our association with the Crater to his future visits to the site.

Paul has sent  Jim the above information adding that that we were all very impressed by the presentation and standard of maintenance at the site and congratulating him and his cadets on the work.

Below are pictures of the objects made from wood sourced from the Somme. 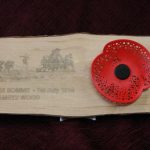 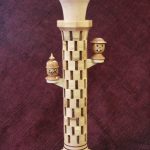 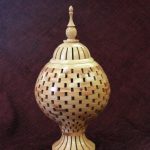 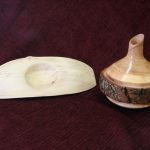 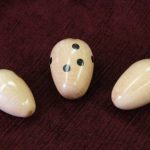 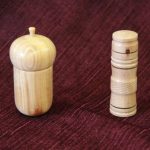 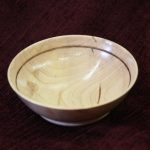 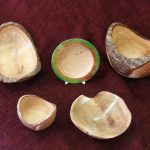 Below are more pictures from the Crater and the initial email from Jim Stillings. 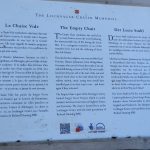 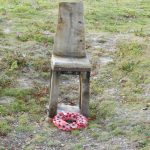 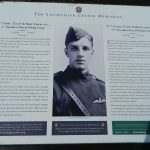 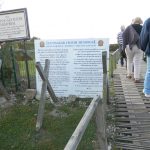