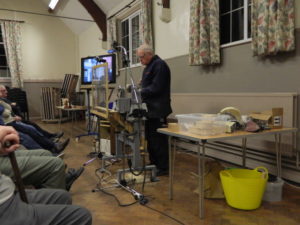 Norman at the start of his demo

Doing a demonstration in front of members of your own club must be daunting, especially for the first time, so to enable a good start Norman Critchett’s setting up was aided by a few members of the club.

Norman planned his demonstration on the theme of electric tea light holders. The first one was made from a cube — 3” (75mm) x 3” x 3” of Sycamore.  When being turned, it was held from opposite corners between conical centres. It was then finished off flat and recessed for a candle holder held in a chuck. This was then mounted on a pre-turned base with the top being flat where the corner of the cube had been. 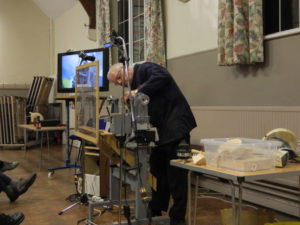 Norman during his demo

The second holder was made in the style of a winged bowl. This was made from a piece of Meranti measuring 6” (150mm) x 2” (50mm) x 2”. As there were a few members new to turning, attention to health and safety was explained — such as the problems encountered with turning a propeller shape, and especially how damage to fingers can be avoided.

Norman’s last holder was to be a set of three discs descending in size. Norman almost completed the largest one. He then gave a description of how they should look, but due to time restrictions on the hall the demonstration was unfortunately cut short. 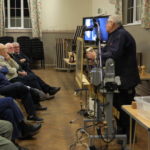 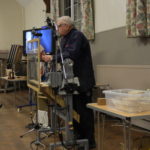 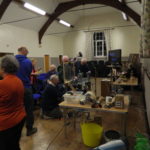 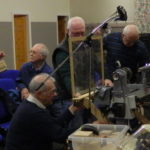 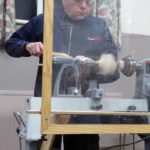 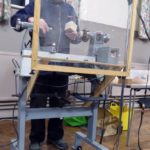